“In a lot of ways, he and I were the same guy,” Todd Wilson says affectionately. “My dad is responsible for making me a gearhead. We restored a lot of cars, pulled with a modified tractor in the 70s and even wrenched on a Formula 4 car for some friends.”

Wilson, IPF Project Manager, manages more than 10 active projects including the addition to the College of Music, renovations in Wells Hall and even built the broadcast tower for MSU’s own WKAR. The projects have provided opportunities he could have only dreamed of when starting at IPF more than 30 years ago.

“I’ve worked at IPF for 31 years,” Wilson says with a grin. “I first hired in as a student in 1989. I feel like I’ve probably seen everything at least once here.”

Wilson, hired as a student working with the preventative maintenance crew at the time, gained experience by offering himself up for every job experience he could. In the 1990s he transferred to Central Control where he worked for 12 years, finally landing in Planning, Design and Construction in 2004, a unit of IPF charged with delivering multi-partner design and construction projects of all sizes, including the ongoing STEM Building project and the recently constructed ISTB Building.

Wilson is well-known not just for his cross-campus work, but for his hard hat – a unique, brown colored helmet with numerous stickers, cuts and dings that looks like it has experiences of its own to share. Held in the crook of his arm, Wilson described how he came to have the hard hat. 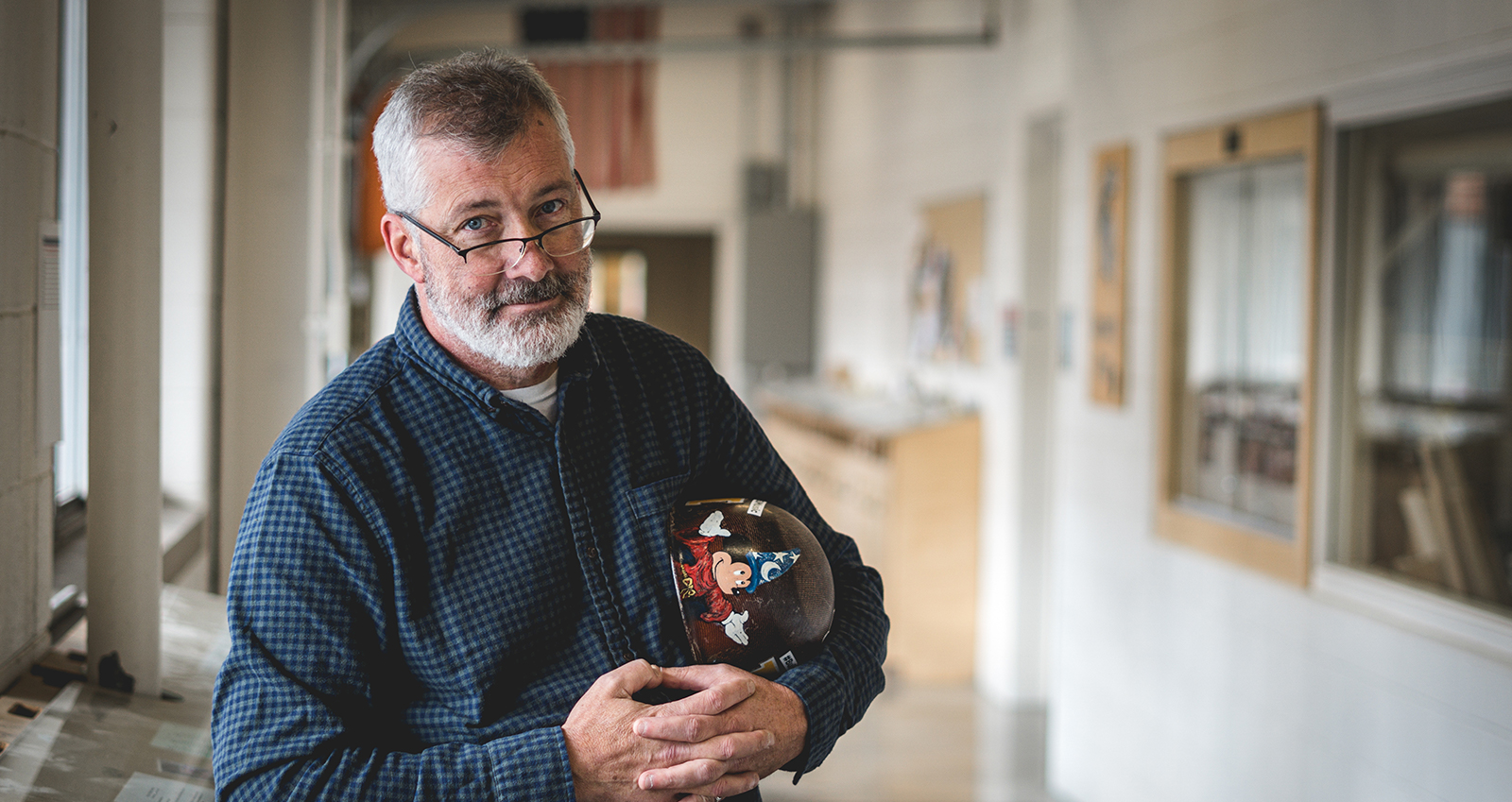 Wilson spoke of his father like a superhero – endearing and honest. “When my father retired, I leveraged him to give me his hard hat to kind of carry on the legacy,” he said as he ran his hands across it. “My father was a Mickey Mouse aficionado, he collected a lot of Mickey stuff and because of his unique skillset, his friends all called him Mr. Wizard.”

On the front, standing proudly is a hand painted depiction of Mickey Mouse as the Sorcerer’s Apprentice. With a comical tone, Wilson explained how wizard Mickey Mouse was a gift from his father’s friends.

“His partner stole his hard hat on a Friday and took it to a friend and got Mickey painted on the front over the course of the weekend. And the rest is history."

Over the years the hard hat has received its share of use, with numerous stickers peeling off and other decals simply fading away. The inside of the hard hat, however, tells another story. 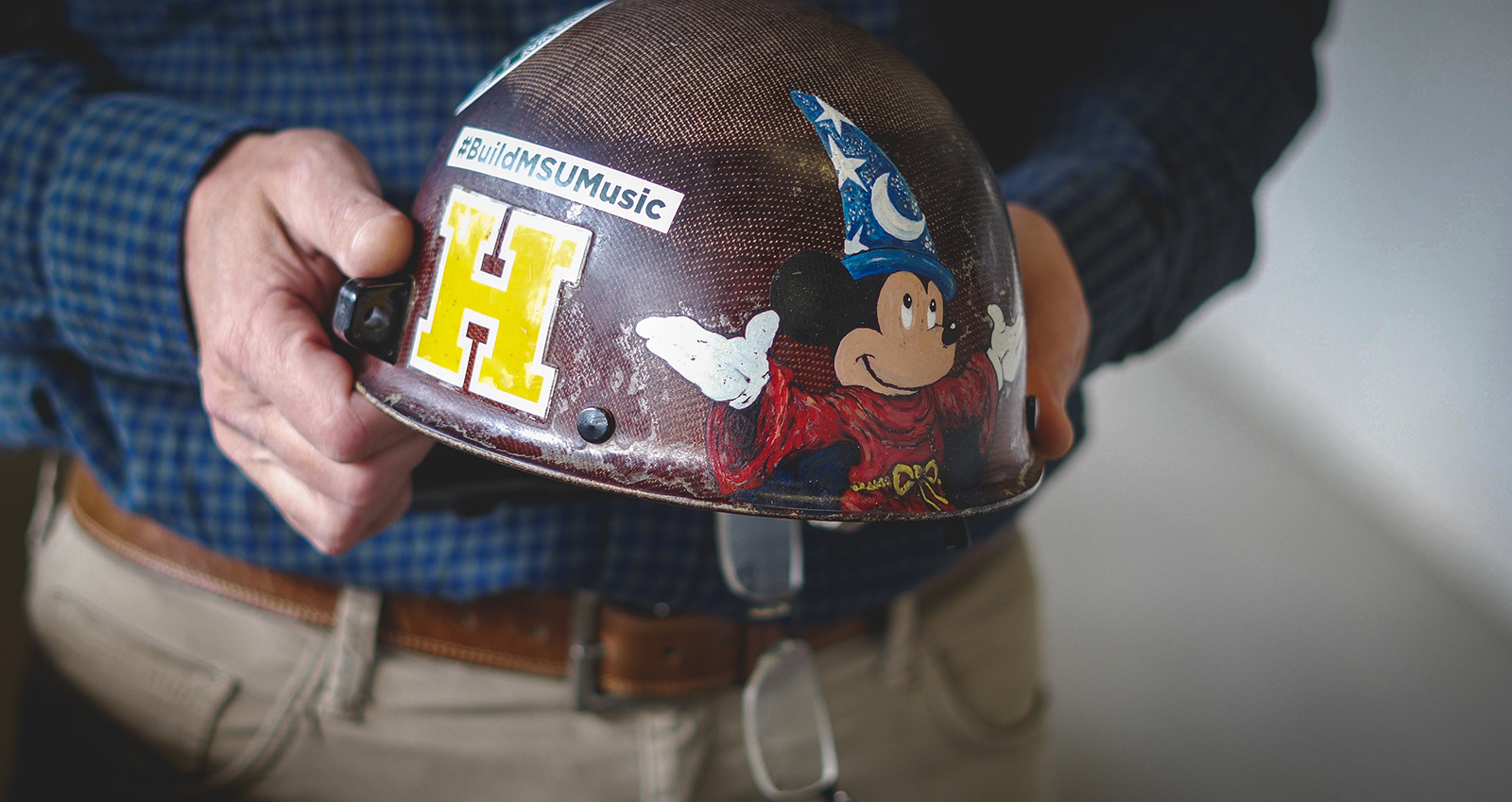 Standing with the hard hat gripped tightly in his hands, Wilson flipped it upside down. Inside the worn interior is a carefully maintained set of initials – JPW.

“Those are my dad’s initials,” he said. “That’s the way he used to sign them.”

Wilson’s joy in describing his father’s initials could not be overstated – he was beaming with pride, mixed with a hint of sadness.

Flipping the hard hat over, right side up, Wilson points at two letters on the back. Keeping his fingers directly above the hand painted letters, “TW” – the initials it now carries of Todd Wilson. 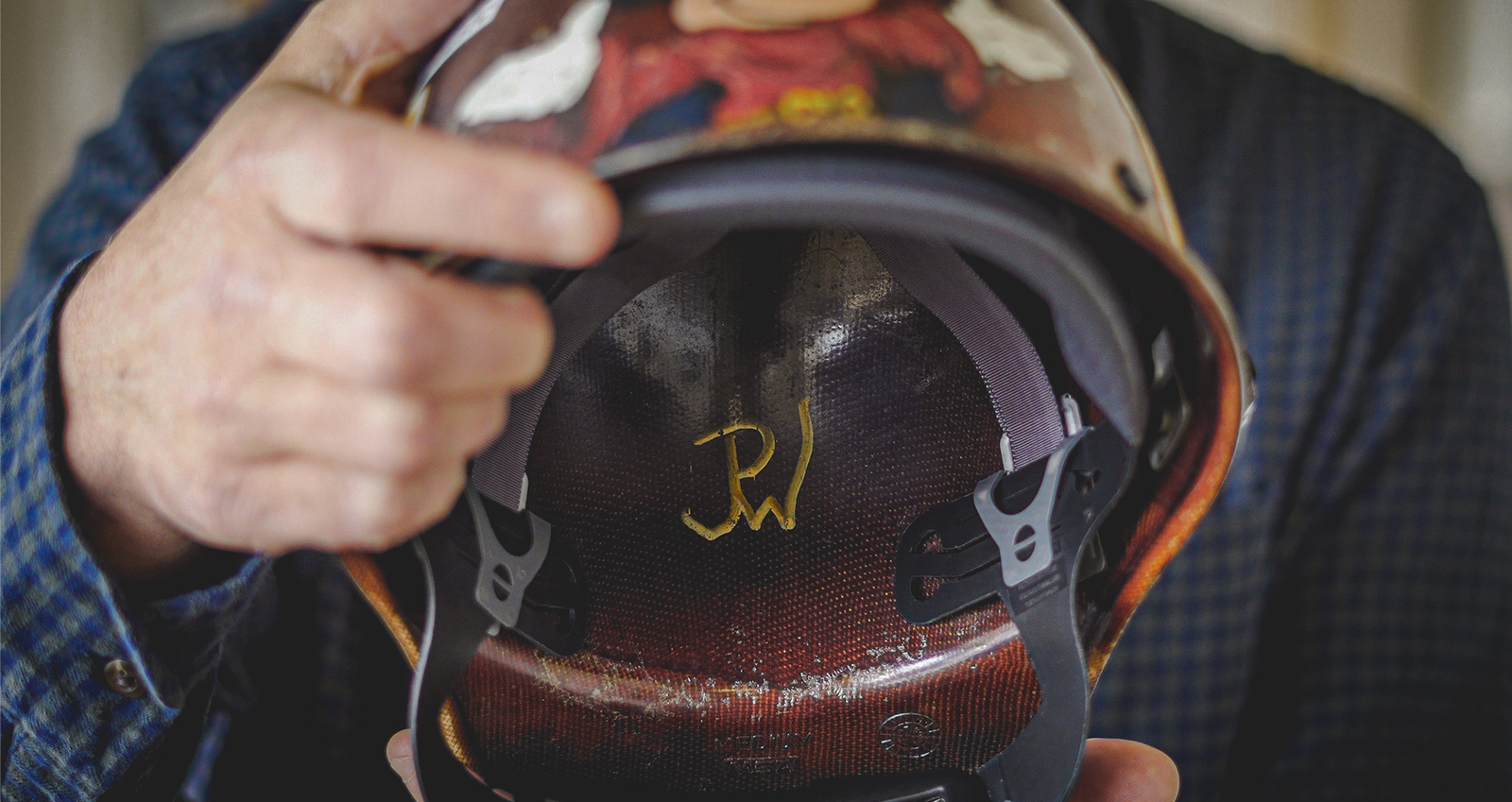