The unmarked, unassuming building that once supplied water to campus for 7 decades

That little-known building that thousands of Spartans have passed by daily for decades is the water reservoir that once supplied water to campus with electric pumps and a 1-million-gallon underground storage tank. Its critical purpose was also why it had to hide in plain sight -- no one wanted to advertise where you could gain access to MSU's water supply.

Rendered obsolete in 2020 when MSU's $21 million water treatment plant and water tower entered service, the reservoir was decommissioned and permanently disconnected shortly afterward from the campus water system. The newer treatment facility chlorinates the water to disinfect it like the reservoir did, but it also improves the water's taste and appearance by removing the naturally occurring iron and other minerals that cause complaints from campus water-users.

The new facility also occupies a much more secure, fenced location that doesn't require hazardous chemicals -- liquified chlorine and caustic soda used in the treatment process -- to be stored in and regularly delivered to central campus.

Like its predecessor, the water tower provides consistent water pressure throughout campus but does so without paying for electricity to run pumps thanks to free gravity and having its 2-million-gallon storage tank elevated 150 feet off the ground. On the rare occasions when the reservoir lost power, pumps at the more than a dozen wells on south campus were used to maintain water pressure, but thankfully that never was needed for long periods.

So the next time people pass by 874 Red Cedar Road, they now can know what the people and equipment inside were doing from 1951 to 2020 inside that building that was so important to campus life it had to go unnamed. 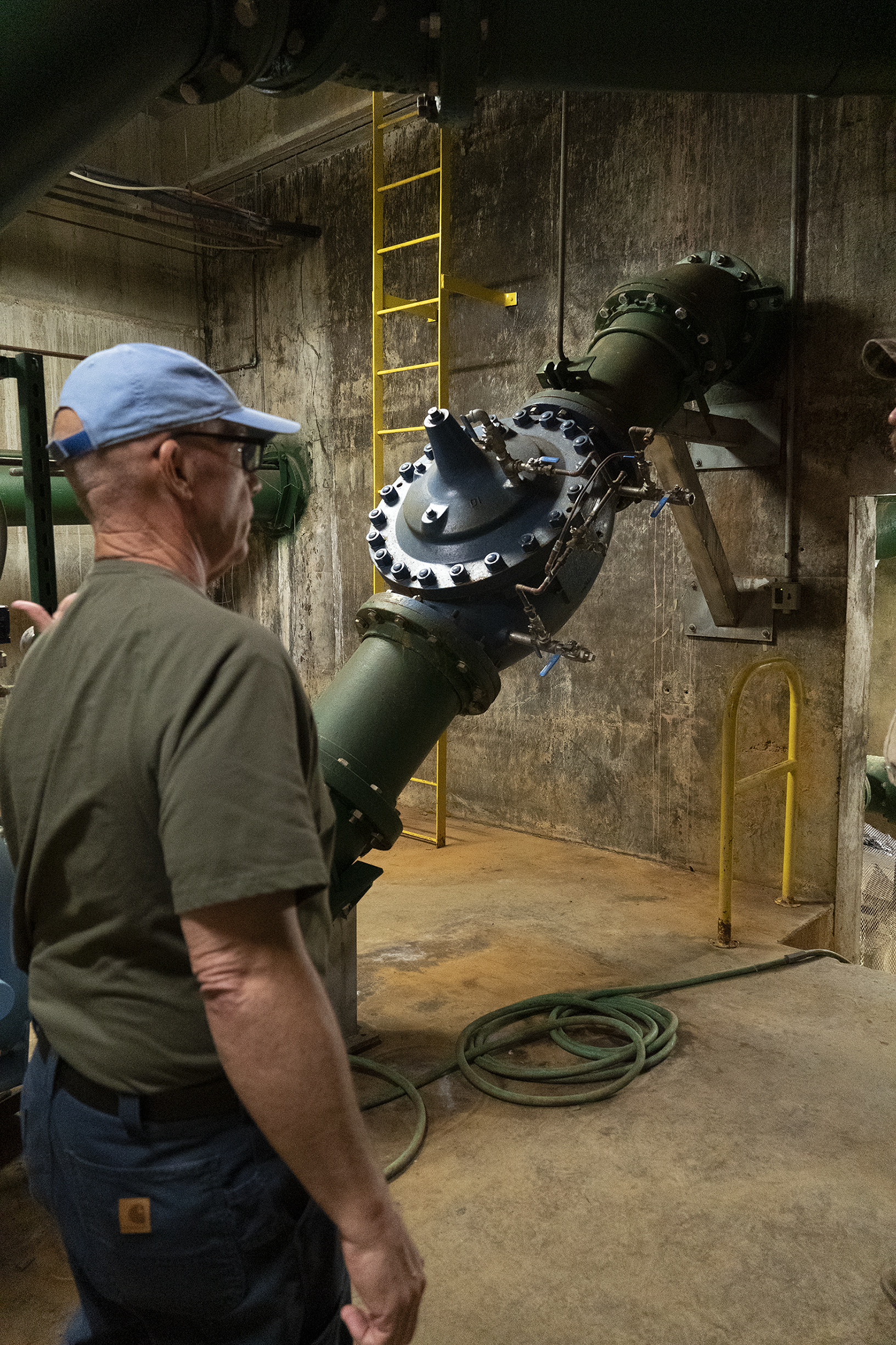 Water works operator Joe Wilson, who started working in the old reservoir in 1985 and now works in the water treatment plant, explains how the reservoir had operated. To the right of him, one of two pressure sustaining valves that worked to balance water pressure in the system is shown. 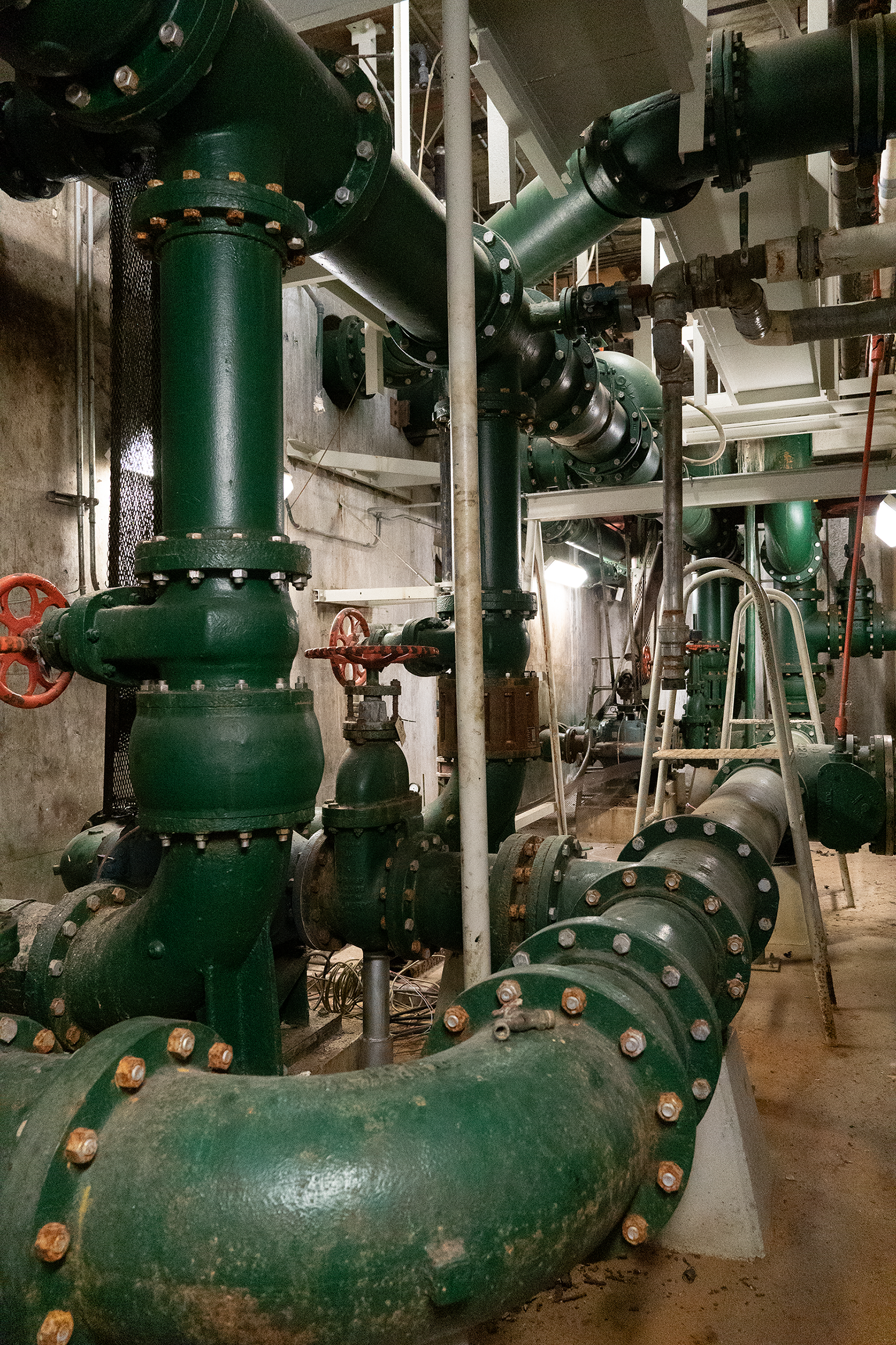 Some of the pipes that transported water pumped in from more than a dozen wells on south campus to the water reservoir when it was in operation and then to a 1 million gallon underground storage tank. The water was treated to disinfect it, and promote strong teeth and bones. 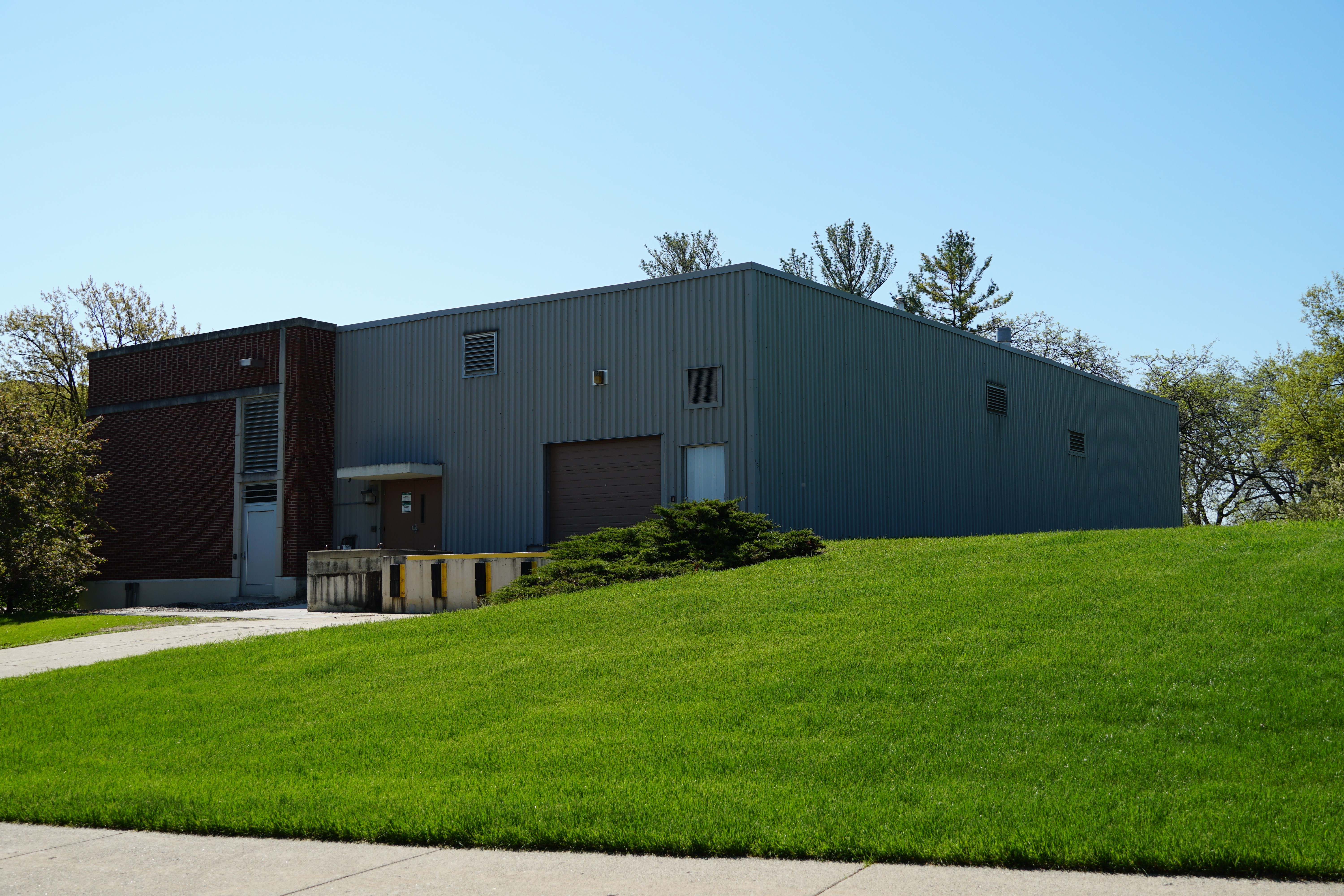 A view of the water reservoir facing southeast with part of the grass-covered, 1-million-gallon underground tank shown on the right. 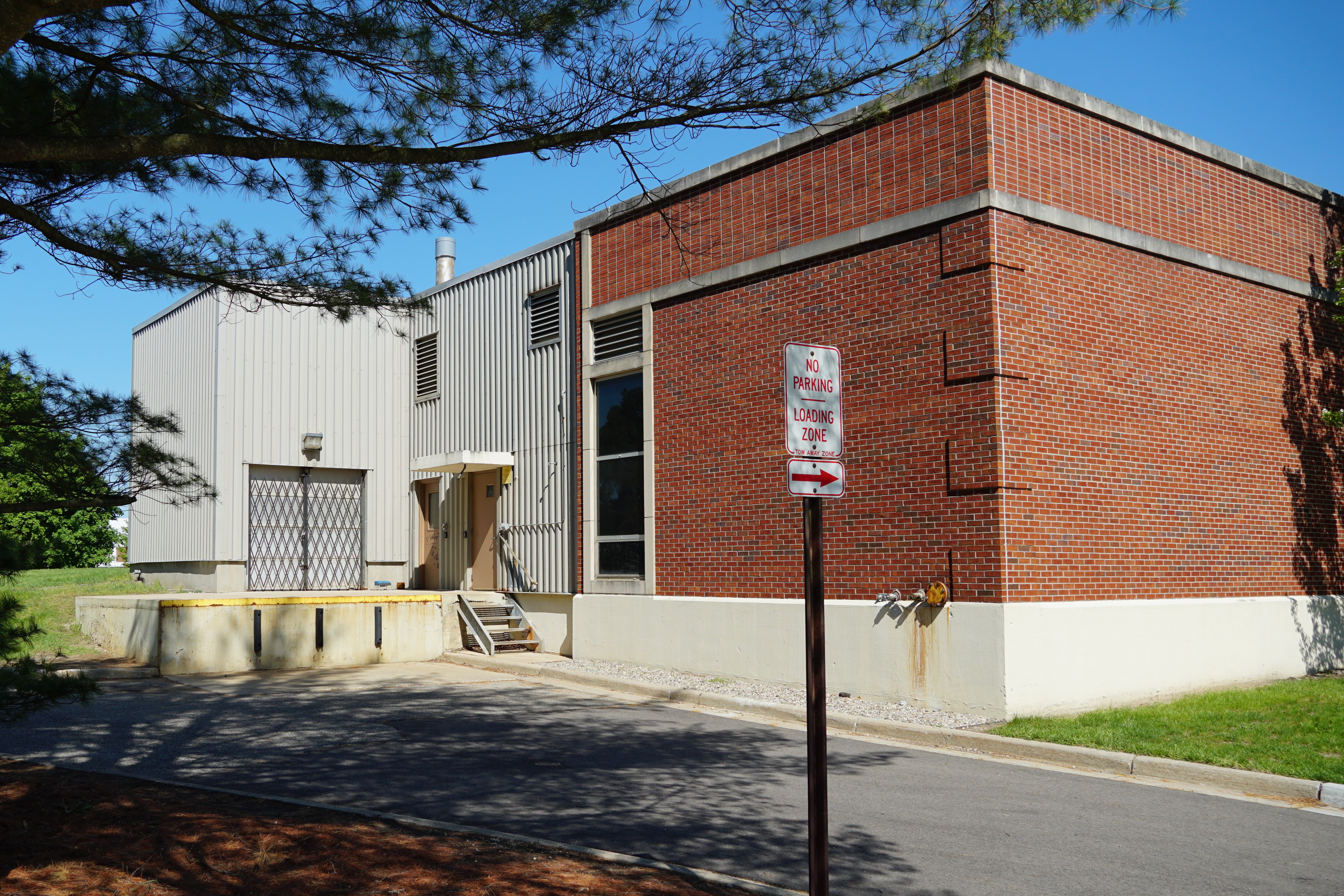 A view of the water reservoir facing northwest showing the delivery dock and pipes that accepted hazardous chemicals used to treat the water.