HOW IPF LIVES ITS VALUES: Partners

Michigan State University’s future STEM Teaching and Learning Facility will be the first in Michigan to use an innovative wood product, rather than concrete and/or steel, for its load-bearing structure.

Known as mass timber, this framing style uses large solid or engineered wood. The $100 million facility will be constructed of glue-laminated wooden columns and cross-laminated timber, or CLT, a relatively new product for the floors and ceilings.

CLT is a wood panel made from gluing layers of solid wood at cross-grain to result in a lightweight and strong panel. It’s been used in Europe for more than 20 years, with recent interest in Canada and the U.S., especially on the West Coast.

“We compared mass timber with other framing methods and were intrigued by how far wood has come as a building material,” said John LeFevre, MSU’s Planning, Design and Construction director. “A major advantage is the speed of construction – the panels can be assembled very quickly.” More 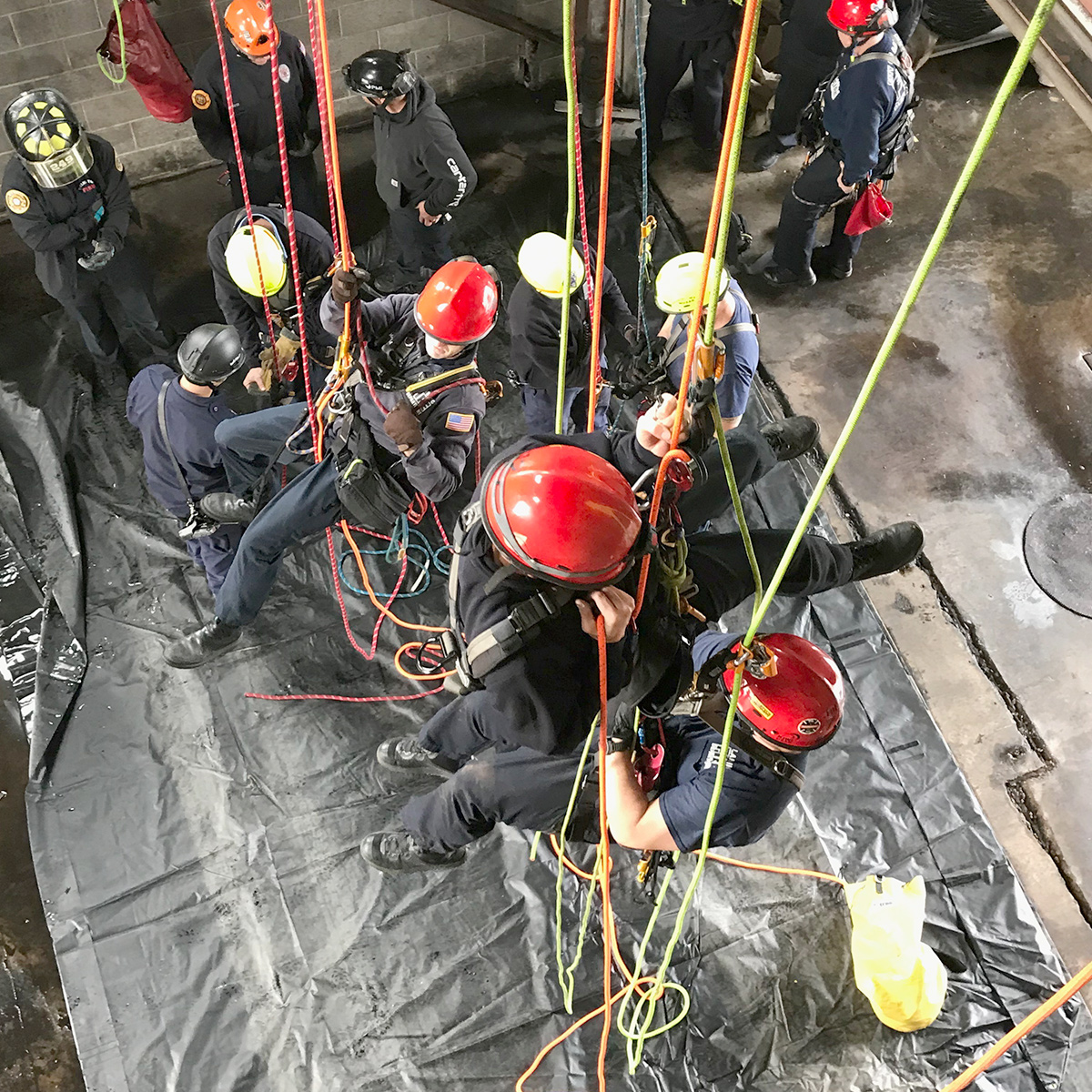 LOCAL FIRE DEPARTMENTS LEARN THE ROPES AT THE POWER PLANT

T.B. Simon Power Plant was recently transformed into something right out of a Hollywood blockbuster, as 117 fire fighters from five metro-area fire departments set up shop for Confined Space Rescue and Rescue Rope Training exercises.

The Confined Space Rescue Training sessions, held from March 11-14, were conducted in a decommissioned coal bunker, and included rescue of a victim from the bottom of the bunker.

“In addition to the training benefits these fire departments received, the partnerships between them and the power plant allows municipal emergency services to become more familiar with IPF facilities and their unique operations, strengthening our relationships,” said Sherri Jett, IPF director of utilities. More 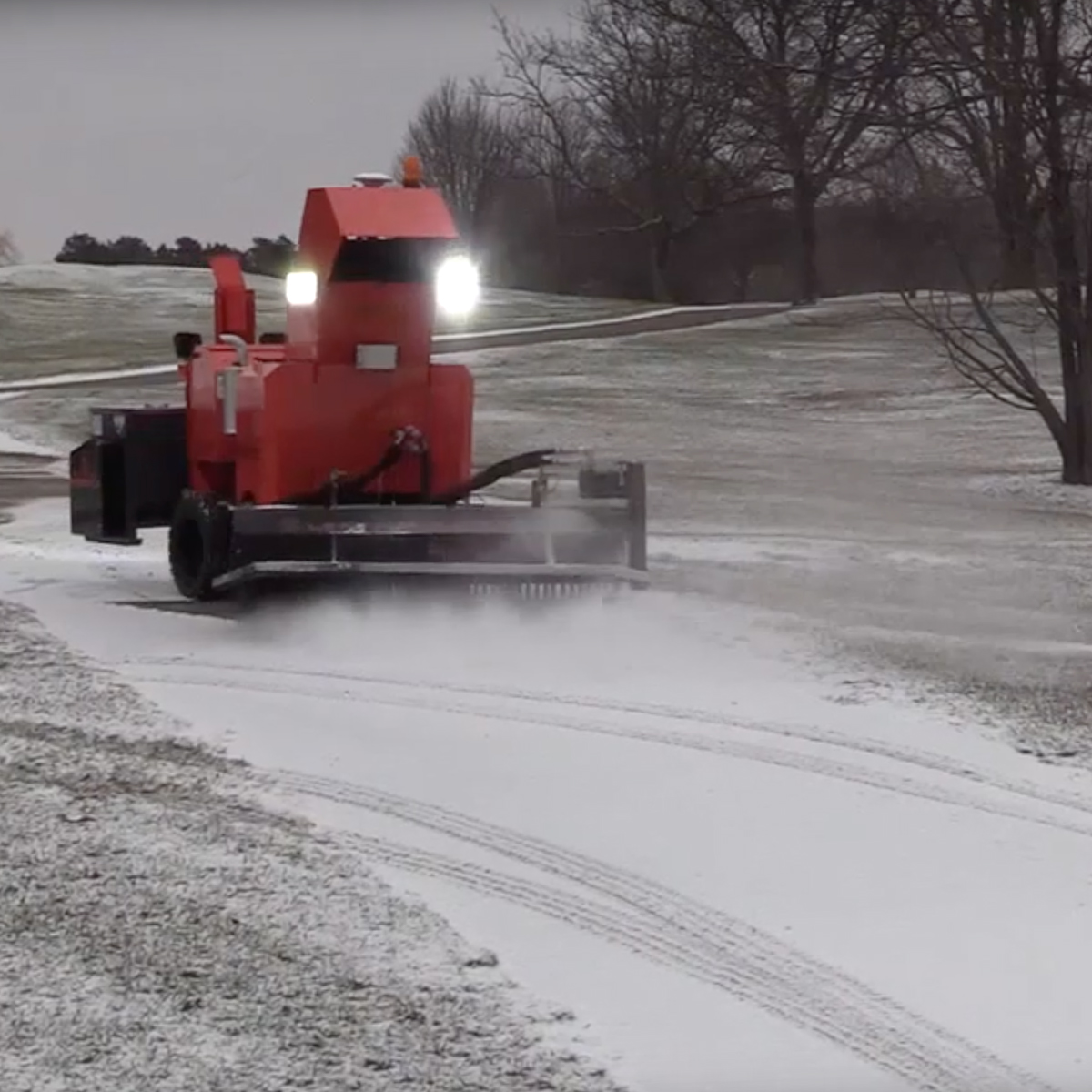 What’s faster than a seasoned snow shoveler? More powerful than a snowblower? Able to clear four feet of snow in a single pass? MSU’s SnowBot.

“It’s the first of its kind in the country,” said Matt Bailey, landscape manager at Landscape Services. “I first saw SnowBot at a conference last summer in Louisville, and I wanted to make sure MSU was the first to test the potential of this cutting edge technology.”

Bailey is hoping to reach out to engineering student groups, faculty and staff to interact with SnowBot, which will be housed in Landscape Services’ garage. More 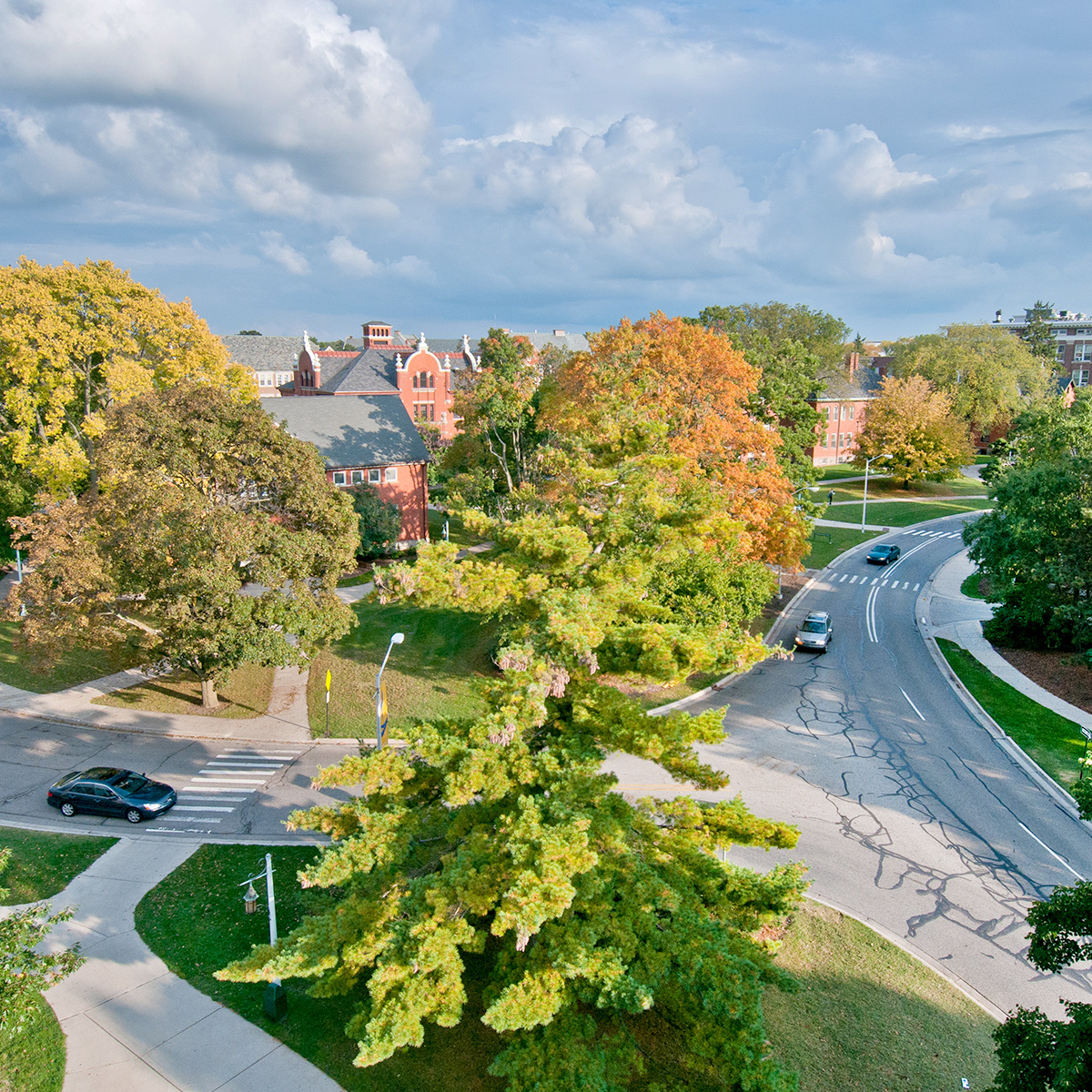 With leadership from Team IPF, and in collaboration with MSU Purchasing, the university has negotiated an enterprise license for Promapp, the system that allows users to document, store and share business processes and procedures. This licensing agreement will result in significant savings for the university.

Promapp will help other departments at the university by improving process clarity and collaboration, reducing duplication of work, improving employee training and making multi-media job aids more accessible and reliable.

IPF is initiating an MSU Promapp Steering Committee that will bring together stakeholders from across campus to regularly discuss challenges and successes of the Promapp integration. More 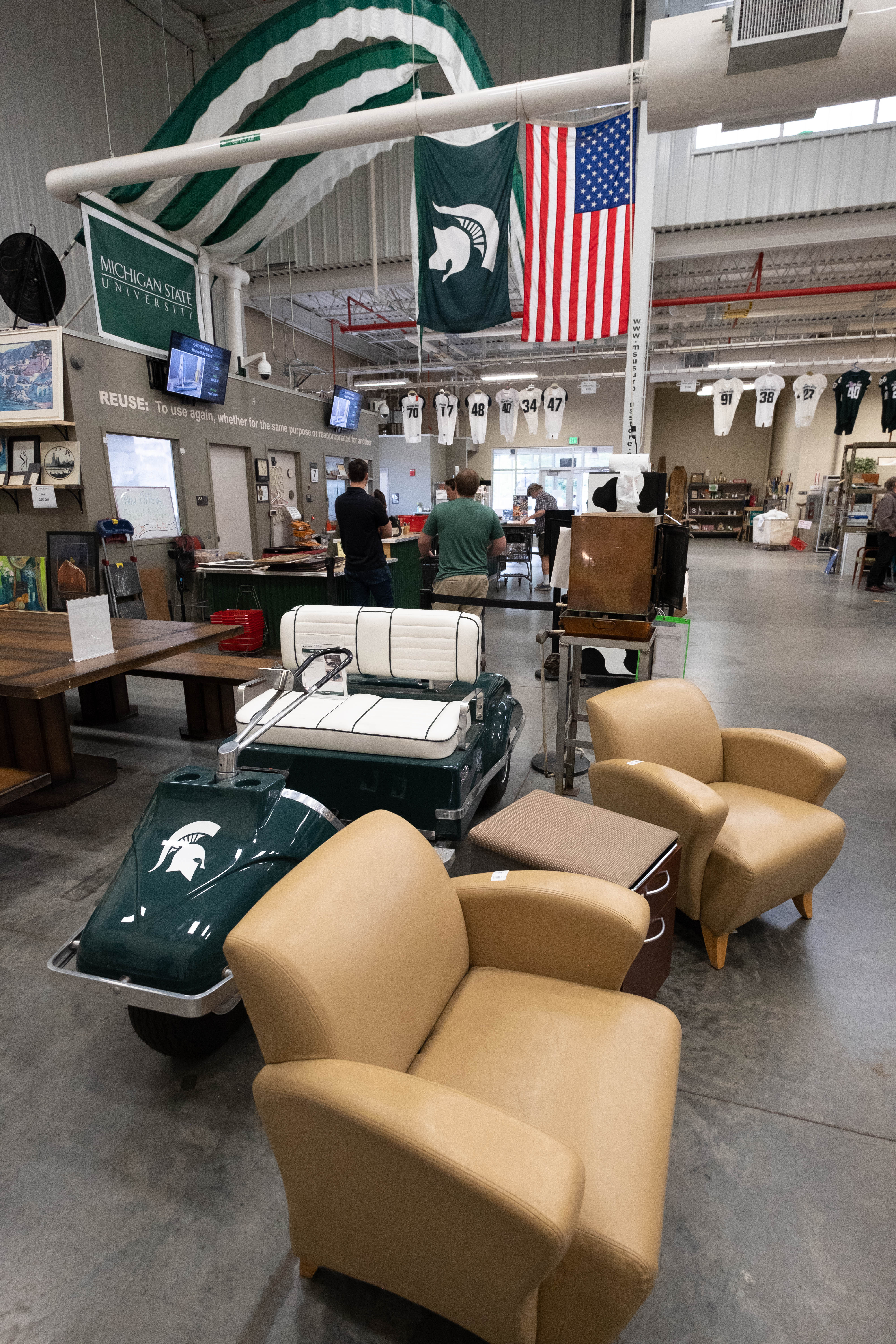 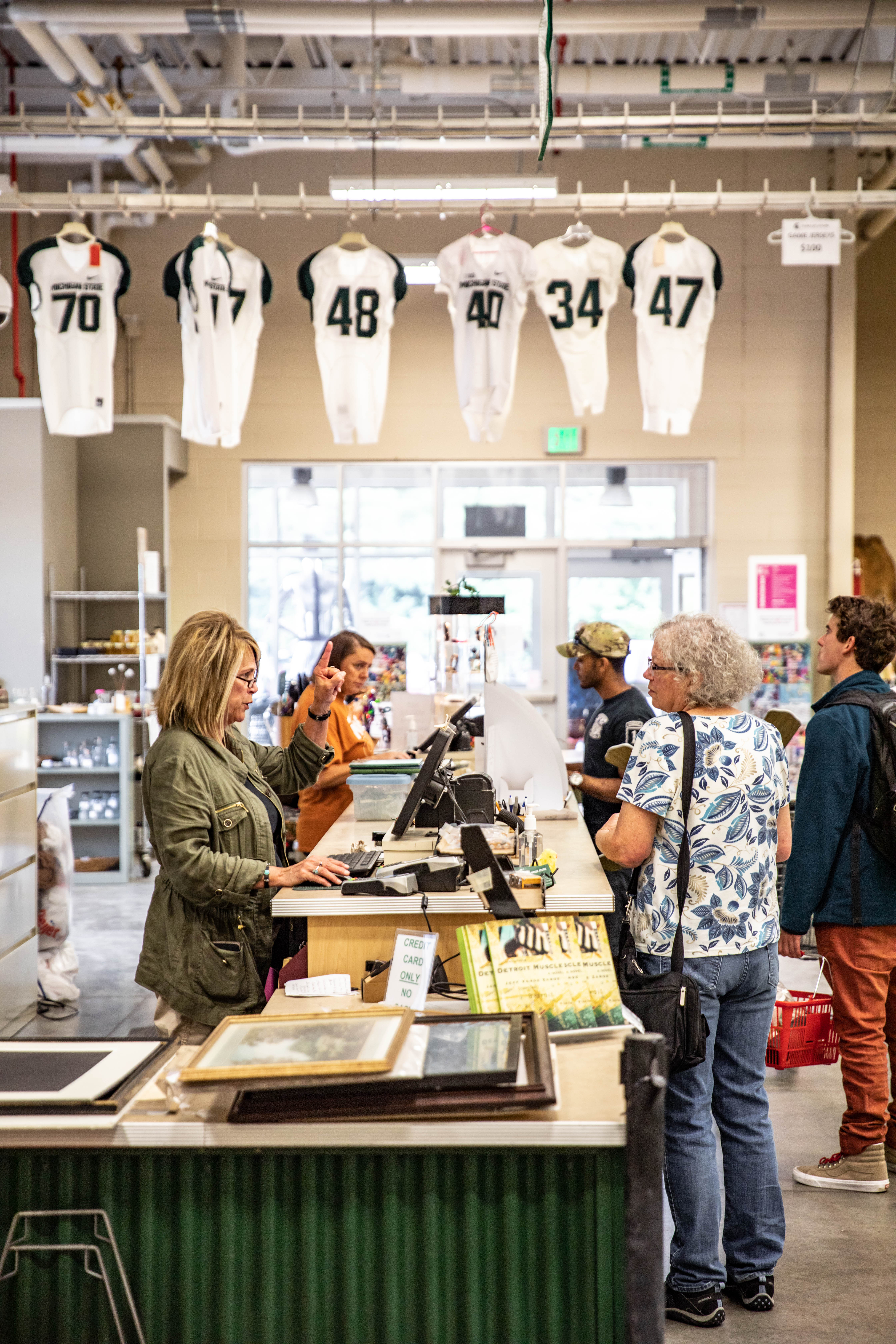 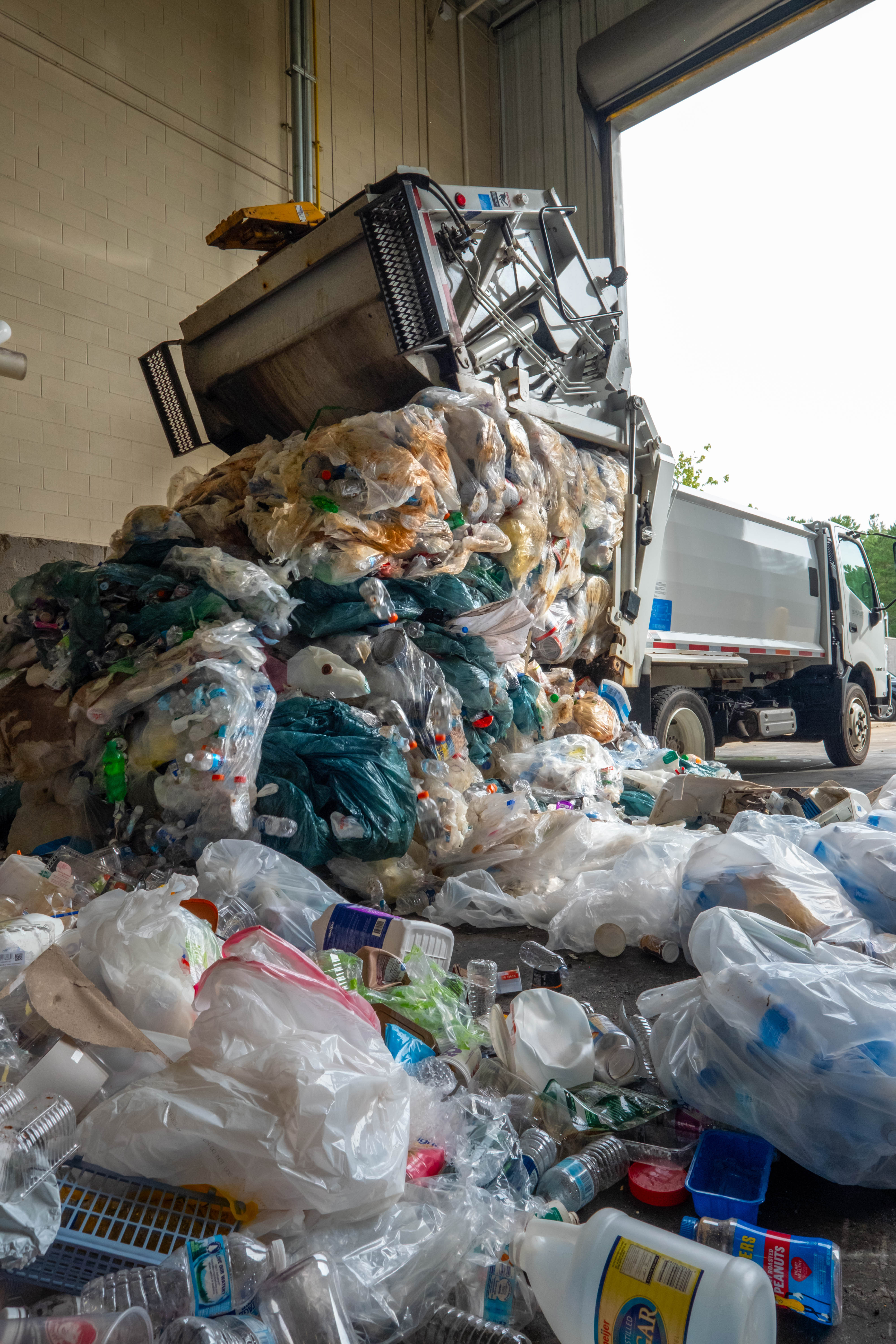 After students, faculty, and staff petitioned the Board of Trustees for a permanent program, the Office of Recycling and Waste Reduction was formed in 1990 and merged recycling and surplus functions. The combined areas have grown from recycling 100,000 pounds of materials annually to over 9 million, and gross sales of $300,000 annually to $3.5 million.

Since opening in 2009, the SSRC has diverted over 100 million pounds of material from the waste stream while creating over $30 million in value for MSU. The SSRC was constructed with two initial goals: decrease the percentage of waste going to landfill 40% by 2015, and to fund facility construction with no additional general fund dollars. Both goals have been met with a 50% reduction of waste going to landfill, and 10 years of facility debt-service payments. The program has received five statewide and national awards, including the National Recycling Coalition Outstanding Program Award.

The SSRC celebrated its anniversary with a week-long event that included special sales, a zero-waste tailgate, and waste reduction education events. The celebration culminated with a screening of the documentary film Salvage and a panel discussion with the director focusing on the merits of reuse. The film highlighted one community’s connection to the waste stream and complimented the SSRC’s mission of managing MSU’s waste as a resource.